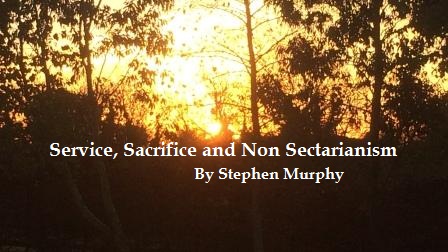 Stephen Murphy, February 19, 2017
Part of the The Gospel of Luke series, preached at a Sunday Morning service

37And it came to pass, that on the next day, when they were come down from the hill, much people met him. 38And, behold, a man of the company cried out, saying, Master, I beseech thee, look upon my son: for he is mine only child. 39And, lo, a spirit taketh him, and he suddenly crieth out; and it teareth him that he foameth again, and bruising him hardly departeth from him. 40And I besought thy disciples to cast him out; and they could not. 41And Jesus answering said, O faithless and perverse generation, how long shall I be with you, and suffer you? Bring thy son hither. 42And as he was yet a coming, the devil threw him down, and tare him. And Jesus rebuked the unclean spirit, and healed the child, and delivered him again to his father. 43And they were all amazed at the mighty power of God. But while they wondered every one at all things which Jesus did, he said unto his disciples, 44Let these sayings sink down into your ears: for the Son of man shall be delivered into the hands of men. 45But they understood not this saying, and it was hid from them, that they perceived it not: and they feared to ask him of that saying. 46Then there arose a reasoning among them, which of them should be greatest. 47And Jesus, perceiving the thought of their heart, took a child, and set him by him, 48And said unto them, Whosoever shall receive this child in my name receiveth me: and whosoever shall receive me receiveth him that sent me: for he that is least among you all, the same shall be great. 49And John answered and said, Master, we saw one casting out devils in thy name; and we forbad him, because he followeth not with us. 50And Jesus said unto him, Forbid him not: for he that is not against us is for us. (KJV)